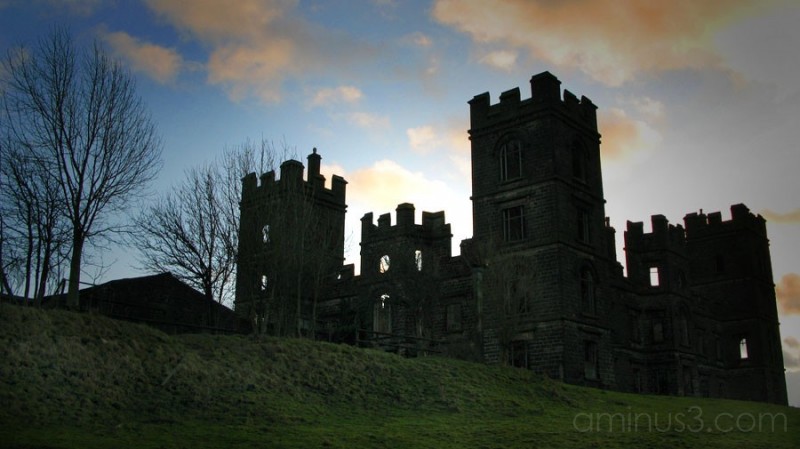 Riber Castle was built in 1862. Its creator, John smedley, died before its completion, but his wife lived their till her death. After that, it was a boys school till the 1930's, an MOD storage depot, and finally a wildlife park. The park was heavily criticised, as the animals were kept in terrible conditions up to its closure. Now it stands desolate and abandoned, with the hint of spookiness always in the air...

Looks like it is standing it's ground. Good capture.

Amazing capture Richard, shame on the people for the animal abuse! Fantastic text!

Great shot! Wouldn't want to be there on a full-moon, foggy night!

Amazing that such a place could just be 'abandoned'!

Very "gothic!" What a wonderful image.

This is beautiful! Maybe I'm a little morbid, but it makes me want to visit. A little spookiness is always good. :)

Beautiful shot of this impressive structure Richard! The PoV is great!

Wonderful shot indeed. and the time was just great to show spooky feeling ;)

The light is soooo excellent.. as is the framing!! Very ominous... but also sad. Such an incredible place left for wreck and ruin... but then again it does make for a great subject because of that!! LOL

Oooooh, awesome and character-full piece once again. Really love how you've composed this. ;)

Beautiful castle especially in that lighting

Love it - hard to beleive such a beautiful castle can be abandoned - you captured it so well here!

wow! interesting piece of history there. The way to took the image accentuates its spookiness. Nicely done!

Another great shot, such a shame that the building is left empty now. I would love to turn into a house. But for now it will just have to stand and dominate the hills over matlock :)