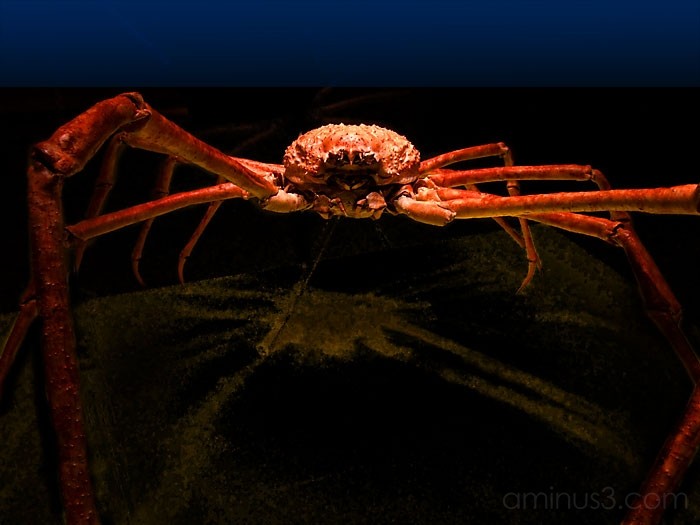 Out of the Inky Darkness

Some time ago I started a short series called 'Nights on Earth'. This one kind of follows the theme of this experimental series, basically dark shots with flash. The experiment is about what's hidden, as much as is what is revealed. I took the shot in Manchester Museum.

This is good. Real good. Should be on the cover of a science magazine.

Wow, this is so cool! Wonderful capture.

5 feet across?! Wow. Amazing capture there, could easily be Nat Geo material, IMHO. Love the reflection, too.

Wxcellent use of light! More than the crab I like its reflection!

Excellent and beautiful...the guilt! I had one yesterday (well simili crab) sigh

You put the light on this guy just right! Excellent!

There are some of these in Osaka Aquarium... amazing creatures.

As everyone has already said... Excellent!

that is kinda cool

What a brilliant macro!
Nice focus and light!